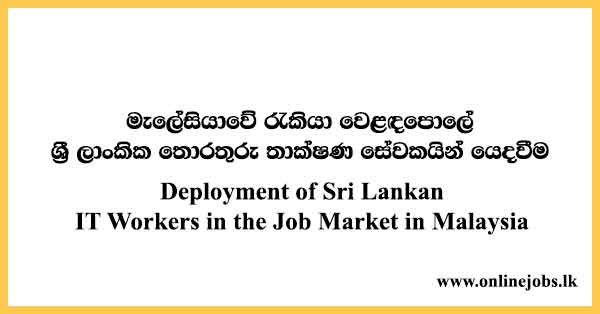 Malaysia has requested Sri Lanka to explore the deployment of Sri Lankan IT workers in the Malaysian job market.

He pointed out that the Malaysian government is focused on developing a digital economy.

Foreign Minister Saifuddin Abdullah has said that many Malaysians of Sri Lankan origin have contributed to the development of Malaysia.

Minister of External Affairs Prof. GL Peiris During the bilateral meeting between Mr. Peiris and the Minister of Foreign Affairs of Malaysia, Saifuddin Abdullah, a number of issues related to the enhancement of bilateral relations were discussed.

Minister of External Affairs Prof. GL Peiris called on the Foreign Ministers and Heads of Delegations of the Commonwealth Member States. Mr. Peiris discussed a number of issues of political and economic importance to Sri Lanka in overcoming the current economic crisis and enhancing cooperation through multilateral forums, including the Commonwealth.

This was during a series of bilateral meetings in Kigali, Rwanda from 24 to 25 June 2022, in conjunction with the 2022 Commonwealth Heads of Government Meeting (CHOGM).